India is home to around 18% of the world’s population and uses 6% of the world’s primary energy, which is projected to increase to 11% by 2040. It is the third largest oil consumer in the world after the United States and China, however, per capita energy consumption is amongst the lowest in the world at 0.6 tons of oil equivalent (toe) as compared to the global average of 1.79 toe per capita, or one-third of the world average. India’s energy consumption growth is projected to be the highest among major economies during 2017 to 2040. Robust growth in prosperity and a population with a high share of young people is driving a huge increase in India’s primary energy consumption, which is expected to expand by 1.2 billion toe or 156% by 2040, making India the largest source of energy demand growth, according to BP Outlook India – 2019.

A 2016 initiative to provide universal clean energy access to every household led to a 62% increase in LPG consumption in 2020, as compared to 2014. India is also targeting an increased share of gas in its primary energy mix from the current 6% to 15%.

Since 2014, the Indian government has undertaken multiple interventions to promote biofuels through structured programs such as the Ethanol Blended Petrol (EBP) program, Biodiesel Blending in diesel, and SATAT (Sustainable Alternative towards Affordable Transport), an initiative for promotion of Compressed Biogas (CBG). India introduced a National Policy on Biofuels-2018 in June 2018, which envisages achieving 20% blending of ethanol in petrol and 5% blending of biodiesel in diesel by 2030. However, the government has decided to ramp up ethanol production to achieve the ambitious target of 20% blending of ethanol in petrol by 2025 itself.

The major feature of the policy is categorization of biofuels as “basic biofuels” (e.g., first generation (1G) ethanol and biodiesel) and “advanced biofuels” (e.g., 2G Ethanol, bioCNG, and drop-in fuels) to expand the scope of raw material for ethanol production to include damaged food grains unfit for human consumption. Later, during 2020, India’s government has decided to utilize surplus stock of rice lying with Food Corporation of India (FCI) and maize for ethanol production.

India’s primary energy mix is dominated by fossil fuels and that will continue to be the case in the near future. Presently, oil and gas account for around 35% of India’s energy consumption; this is expected to come down to 31% by 2040. However, the absolute consumption for oil is expected to double and, for gas, to triple from existing levels. Energy demand across the transport sector is the highest across major sectors in terms of end usage.

The Indian government has been promoting and encouraging use of advanced motor fuels in the transport sector. In this endeavor, the blending of biofuels, which are sustainable and have lesser emissions as compared to fossil fuels, is being promoted in petrol, diesel and natural gas.

Ethanol Blended Petrol (EBP) Program
Under the Ethanol Blended Petrol (EBP) program, oil marketing companies (OMCs) sell petrol blended up to 10% ethanol (E10) depending upon its availability. In order to augment the supply of ethanol for EBP, the Government decided to administer ethanol prices. This, combined with a slew of other measures, such as easing restrictions on the movement of ethanol between states; allowing more sources of feed stocks for production of ethanol including sugar, sugar cane, sugar syrup, damaged food grain, surplus stock of rice available with FCI, maize etc.; addressing state specific issues, and attractive ethanol prices and availability of molasses in the ecosystem facilitated in improving the supply of ethanol from 154 million liters during Ethanol supply year (ESY) 2012-13 to around 1.88 billion liters during ESY 2018-19, thereby achieving average blending of 5% in petrol during ESY 2018-19. During ESY 2019-20, India has faced one of the toughest lockdown in the world due to the COVID-19 virus and demand for petrol has come down drastically. The COVID-19 related challenges were addressed systematically by timely reallocation of quantities and close supply-logistics coordination, thereby maintaining an average blend percentage of 5.0%, even during ESY 2019-20.

2G Ethanol Program
The government of India has notified the “Pradhan Mantri JI-VAN (JaivIndhan-VatavaranAnukoolfasalawasheshNivaran) Yojana” which will provide financial assistance of approximate $300 million US for the period from 2018-19 to 2023-24 for supporting commercial projects as well as demonstration projects for second generation (2G) ethanol projects. India’s government has allowed procurement of ethanol produced from other non-food feedstock besides molasses, like cellulosic and lignocellulosic materials. The 2G feed stocks include agri-residues like rice and wheat straw, cane trash, corn cobs and stover, cotton stalk, bagasse, empty fruit bunches (EFB), etc. In furtherance of this decision, oil public sector units (PSU) have planned to set up 2G ethanol bio-refineries in various parts of the country. Projects at Bhatinda (Punjab), Panipat (Haryana), Bargarh (Odisha) and Numaligarh (Assam) are in advance stage of construction and are likely to be made operational in two to three years.

Biodiesel
In June 2017, the government allowed direct sale of biodiesel (B-100) for blending with high speed diesel to all consumers, in accordance with the specified blending limits and the standards specified by the Bureau of Indian Standards. “Guidelines for sale of Biodiesel for blending with High Speed Diesel for transportation purposes 2019” were notified on May 1, 2019. To augment the supplies of biodiesel and tap potential sources of biodiesel produced from used cooking oil (UCO), public sector oil marketing companies under guidance of Ministry of Petroleum and Natural Gas (MoPNG) have released an Expression of Interest (EOI) for biodiesel made from UCO. It provides that the entrepreneurs setting up biodiesel plants get remunerative price and assurance of complete offtake of production by the PSU OMCs. The OMCs have floated EoIs for procurement of biodiesel produced from UCO across 300 locations in the country. OMCs have received offers for setting up 65 biodiesel plants with a production capacity of approximately 1,300 MT/day. Loans for construction of oil extraction/processing units for production of bio-fuels, their storage and distribution infrastructure and loans to entrepreneurs for setting up Compressed Bio Gas (CBG) plants were classified under priority sector lending by India’s Central Bank on September 4, 2020.

Compressed Biogas (CBG)
The government is promoting the use of CBG, generally known as Bio-CNG, which is purified and compressed biogas, produced through a process of anaerobic decomposition from various waste/biomass sources.

The SATAT initiative was launched in October 2018. Under this initiative, public sector oil and gas marketing companies have invited EOI to procure CBG from potential entrepreneurs for the establishment of 5,000 CBG plants across the country, with an estimated production of 15 MMT CBG per annum by2023-24. About 600 Letters of Intents has been issued to entrepreneurs for production and supply of CBG, and commercial production of CBG has started from 5 plants.

The Centre for High Technology (CHT), PSU OMC’s research and development units under MoPNG, Department of Biotechnology (DBT) and Council of Scientific and Industrial Research – Indian Institute of Petroleum (CSIR-IIP), Dehradun are working on the program to support R&D pertaining to energy biosciences in the country through various schemes and with major emphasis on advance biofuels. The DBT-ICT center based in Mumbai has developed lignocelluloses technology, which is demonstrated at demo scale and is now being used for establishment of commercial plants.

India is undertaking several initiatives with respect to the greater use of hydrogen in the energy mix. The first pilot is a Blue Hydrogen (blue hydrogen is produced by using a fossil fuel like natural gas), or Hydrogen CNG (H-CNG) initiative, where hydrogen is blended with compressed natural gas (CNG) for use as transportation fuel at Rajghat Bus depot, New Delhi. Under this pilot, 50 buses in Delhi are operating on blended Hydrogen in Compressed Natural Gas (CNG). Five other pilots are being planned to explore Green Hydrogen (produced from renewable sources like solar energy, biomass, and others not from fossil fuels) where green hydrogen produced is to be used as transportation fuel as well as an industrial input to refineries.

An ambitious R&D project under the aegis of MoPNG is being done by Indian Oil Corporation Limited (IOCL) at a cost of $18.3 million US. It is the first scientific project in India to address all aspects of the value chain of hydrogen-based mobility. IOCL R&D is procuring 15 indigenously manufactured/integrated hydrogen fuel cell buses to conduct a 20,000 kms field trial in Delhi NCR. Four demo units of hydrogen production units amounting to 40 tons per day will also be set up. Of these, three plants are based on renewable sources (biomass gasification, reforming CBG and solar PV-based electrolysis) producing green hydrogen.

In aviation, the first flight using 25% biojet fuel between Dehradun to Delhi was operated by Spice jet on August 27, 2018. Biojet fuel used in the flight was developed by CSIR laboratory in the Indian Institute of Petroleum, Dehradun, using Jatropha seeds. After the flight’s success, Government of India has moved forward and decided to set up demonstration plants for future growth of Bio-ATF in the country.

The outlook for biofuels in India will remain promising considering the thrust of the Government on promoting biofuels and advanced biofuels as “environment friendly” fuels.

Ethanol procurement by PSU OMCs reached 1,730 million liters of ethanol in ESY 2019-20.O MCs achieved a blending percentage of 5% during ESY 2018-19 and maintained the same during ESY 2019-20 despite COVID-19 related disruptions. As the demand for petrol rises, the demand for ethanol is bound to increase, year on year, with projected requirement for 10% blending, or 3.11 MMTPA (approximately 4 billion liters annually). Construction of pilot plants for E100 (pure anhydrous ethanol) and M15 (15% methanol blended with petrol) fuel is also in advanced stage, which will also help in increasing the share of biofuel in overall fuel consumption.

The SATAT initiative will help reduce India’s dependence on fossil fuels and increase the share of gas in primary energy consumption. This initiative will help integrate the vast retail network of companies with upcoming CBG projects and has the potential to replace more than 50% of gas imports.

The above-mentioned initiatives have already started creating impact in the biofuel industry in India. Major developments in the advanced biofuel sector in terms of deployment in transport sector, investments, project establishment and enhanced R&D are expected in the coming years. 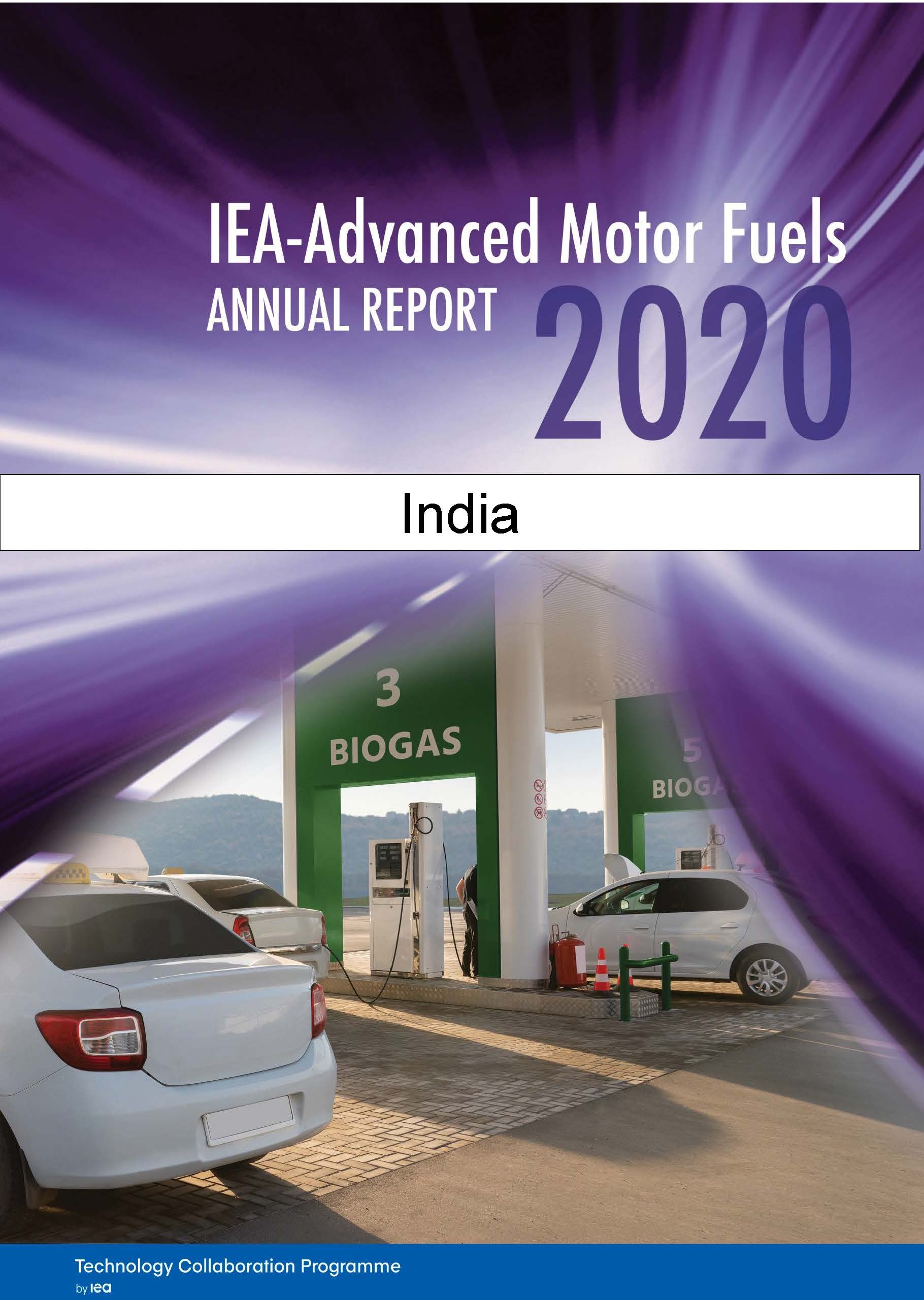 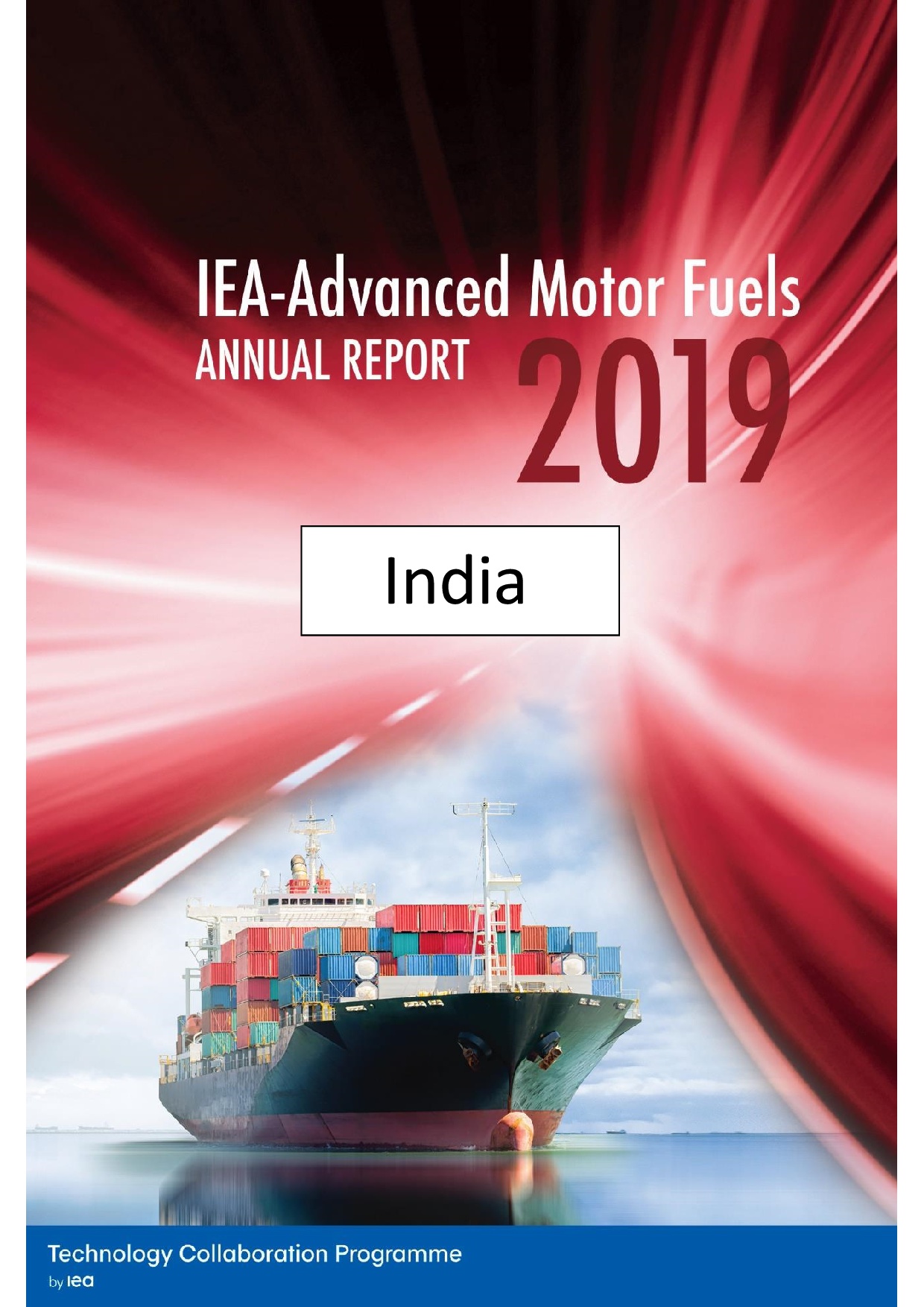