The 2016 energy and climate strategy calls for a 50% reduction of CO2 emissions from transport by 2030, the reference year being 2005[1]. The 2019 Government Programme sets a new upper level: Finland will achieve carbon neutrality by 2035, and aim to be the world’s first fossil-free welfare society.

The current biofuels obligation (liquid biofuels) calls for 20% biofuels in 2020, taking into account double counting for advanced biofuels. In spring 2019, the biofuels obligation was revised again, and the pathway toward 2030 was set. The biofuel target for 2030 is 30%, and this time reflects actual energy contribution without double counting. There is also a separate sub target for advanced biofuels: 10%, i.e., one third of the total contribution.[2] In addition, a separate biofuels obligation is set for non-road machinery diesel fuels. Current level is 3% and it will increase on a yearly basis up to 10% in 2030.

As of 2011, the fuel tax system consists of an energy component, a CO2 component and a bonus for reduced local emissions. The system favors the best of biofuels, but it is still transparent and technology neutral, and can be used in combination with the obligation for liquid biofuels. Passenger car taxation (purchase tax and annual tax) has been CO2-based (tailpipe) as of 2008, providing substantial incentives for BEVs and PHEVs.[3]

The contribution of biofuels relative to the total amount of actual fuels is 11.2% in terms of energy, varying from 6.6% in petrol (mostly ethanol and some ETBE but also bio-naphtha; the statistics do not give details on this) to 55% in methane. The actual amount was 432 ktoe or 11.2% of the liquid fuels, meaning that the greater part of the biofuels used was eligible for double counting.

The four major Finnish players in biofuels are Neste (being the world’s biggest producer of HVO), UPM, St1 and Gasum. Total production of biofuels in Finland was some 540 ktoe[8]. Compared to the Finnish consumption of biofuels in 2019, Finland is more than self-sufficient in the production of biofuels. However, it should be noted that Neste relies mainly on imported feedstocks, whereas UPM, St1 and Gasum use indigenous feedstocks. All Finnish biofuel producers have announced major increases in capacity either in Finland or abroad.

Table 2 presents the vehicle fleet in use at the end of 2020 (without two- and three-wheelers and light four-wheelers). Table 3 presents the sales figures for new passenger cars in 2015 – 2019 (revised).

From 2018 to 2019, petrol increased and diesel dropped, whereas registrations of BEVs, HEVs and CNG vehicles increased. One abnormality was diesel-fueled HEVs, as registrations increased more than 300%. There are some 300 alternative fueled trucks, including FFVs and bi-fuel vehicles. The numbers for these two categories are explained by the fact that some heavy pick-up trucks and vans are registered as trucks. With the development of LNG refueling infrastructure and increased offerings of heavy gas trucks, LNG fueled trucks have entered Finnish roads, although still in limited numbers. In the case of buses, the number of battery electric buses has surpassed the number of gas buses.

In 2020, a new project on liquid electrofuels was granted funding by Business Finland. The E-Fuel project (2021-2022) aims to develop integration of hydrogen production through high-temperature electrolysis with CO2 sequestration and Fischer-Tropsch fuel synthesis, and the project also includes research on end-use.

The BIOFLEX project (2020-2022) explores how suitable fuel oils made from biomass and waste plastics are for power plants and ship diesel engines. Development of production processes as well as measurements of the emissions when using new biofuels in marine engines are studied.

The MARANDA project (2017-2021), a hydrogen-related project aiming at hydrogen-fueled fuel cell-based hybrid powertrain system for marine applications, is still active. The H2020 (2019-2022) Flagsip project will install a total of 1 MW hydrogen powered fuel cells on two vessels located in France and Norway, and ships will be 18 months in commercial operation during the project.

From 2017-2021, Business Finland is running a program called “Smart Energy Finland.” The program brings together the services for technical development and exports and will grant 100 million euros to smart energy solution innovations in 2017-2021. The program will also grant support for the international expansion of growth-oriented companies that possess growth potential and feature renewable energy and smart energy solutions in their product portfolio. The scope of the program is quite wide, and transport-related issues are only a minor part of the program. However, one subtheme of the program is “sustainable bioenergy solutions,” covering both biogas and advanced liquid biofuels. Another subtheme is dealing with batteries, thus having couplings to the transport sector.

The project BioMet2020 (2018-2020), focusing on advancing on biomethane usage in agriculture and non-road machinery, was completed. The project was funded by Business Finland. It included three focus areas. The first focus area was development of novel biogas upgrade technology that demonstrated around 50% lower investment and operating costs compared to traditional technologies. The second focus area showed new potential methane storage technologies, either in high pressure or in porous materials. In the third focus area, potentiality of a spark-ignited bi-fuel methane-ethanol non-road engine was studied. Capability for complying with Stage V emission requirements was demonstrated with both fuels, methane and ethanol (RE85).

Finland has to reduce its CO2 in the non-ETS sector by 39% by 2030. This puts pressure on emission reductions in transport. Biofuels—or, in more general terms, renewable fuels—are seen as a very important element in emission reductions in transport. With its new liquid biofuels mandate written into law in spring 2019, Finland is one of the few countries with a fixed biofuels policy all the way to 2030. In parallel with increasing the amount of biofuels, energy efficiency and electrification in transport are promoted as well.

In the newest government program, much attention is given to circular economy and biogas, so there is a political will to promote the use of biomethane in transport. Opening up of the gas market (gas transmission and sales separated[11]) as of 2020, a new pipeline connector to Estonia, and terminals for LNG import open up new possibilities for methane in stationary applications as well as in mobile applications on land and at sea. Currently, the Finnish LNG vessel fleet encompasses some 10 LNG-fueled ships, including passenger and cargo ships, as well as one icebreaker and one border patrol vessel. At end of 2020, biogas obligation for transport and heating gas was proposed. If passed as law, it would require that future biogas be mixed in the national gas grid.

The Finnish energy companies have a record of being active in the field of biofuels. New capacity is to be expected both within the borders of Finland and abroad.

Major changes
Energy and climate strategy in Finland calls for a 50% reduction of CO2 emissions from transport by 2030, and a new upper level target for Finland is set to be CO2 neutral by 2035. A liquid biofuels obligation law calls for 30% biofuels (actual energy share) in 2030. There is also a separate sub target of 10% for advanced biofuels. This means that Finland is implementing one of the most progressive biofuels policies. Additionally, the government emphasizes circular economy and the development of biogas. 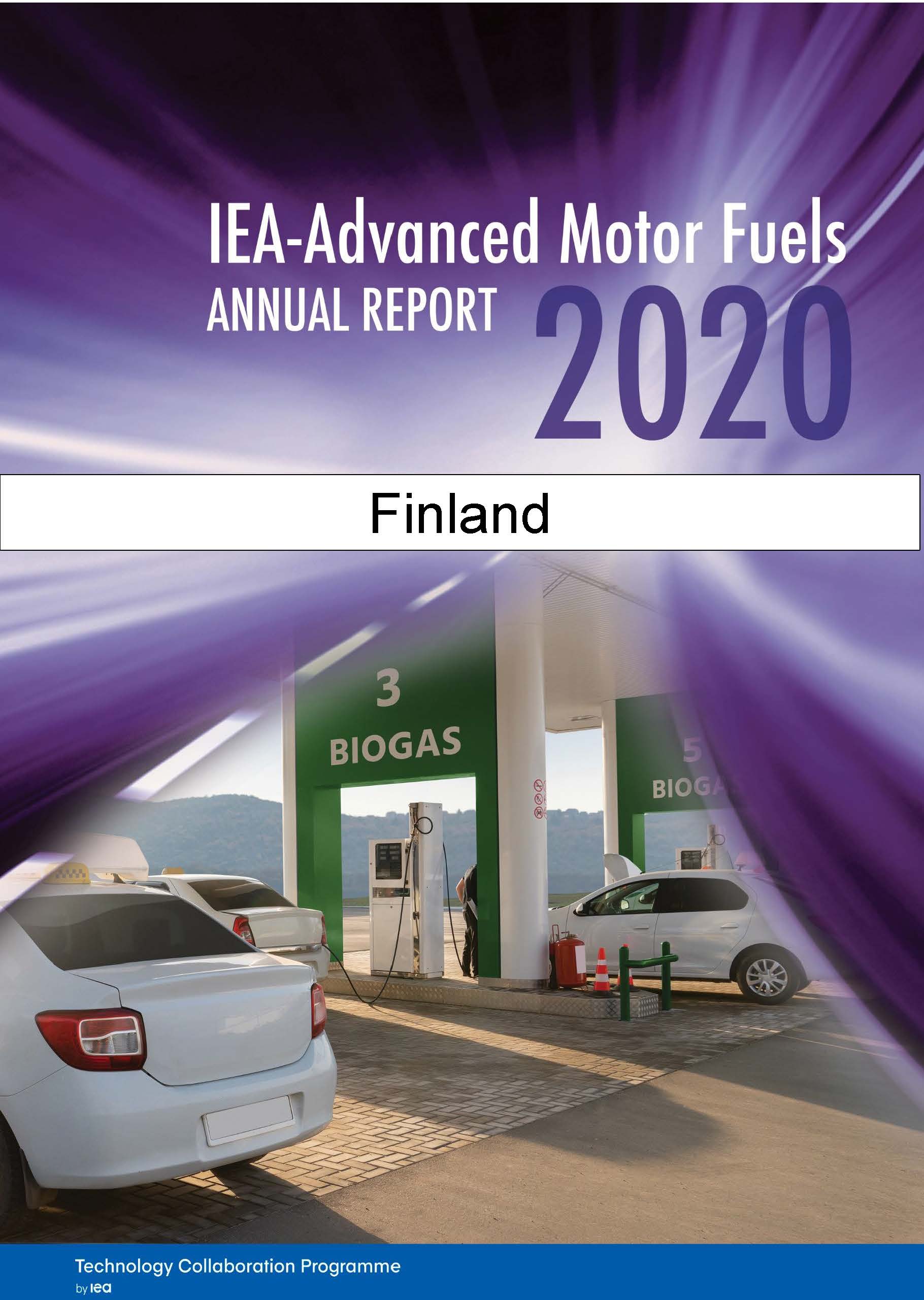 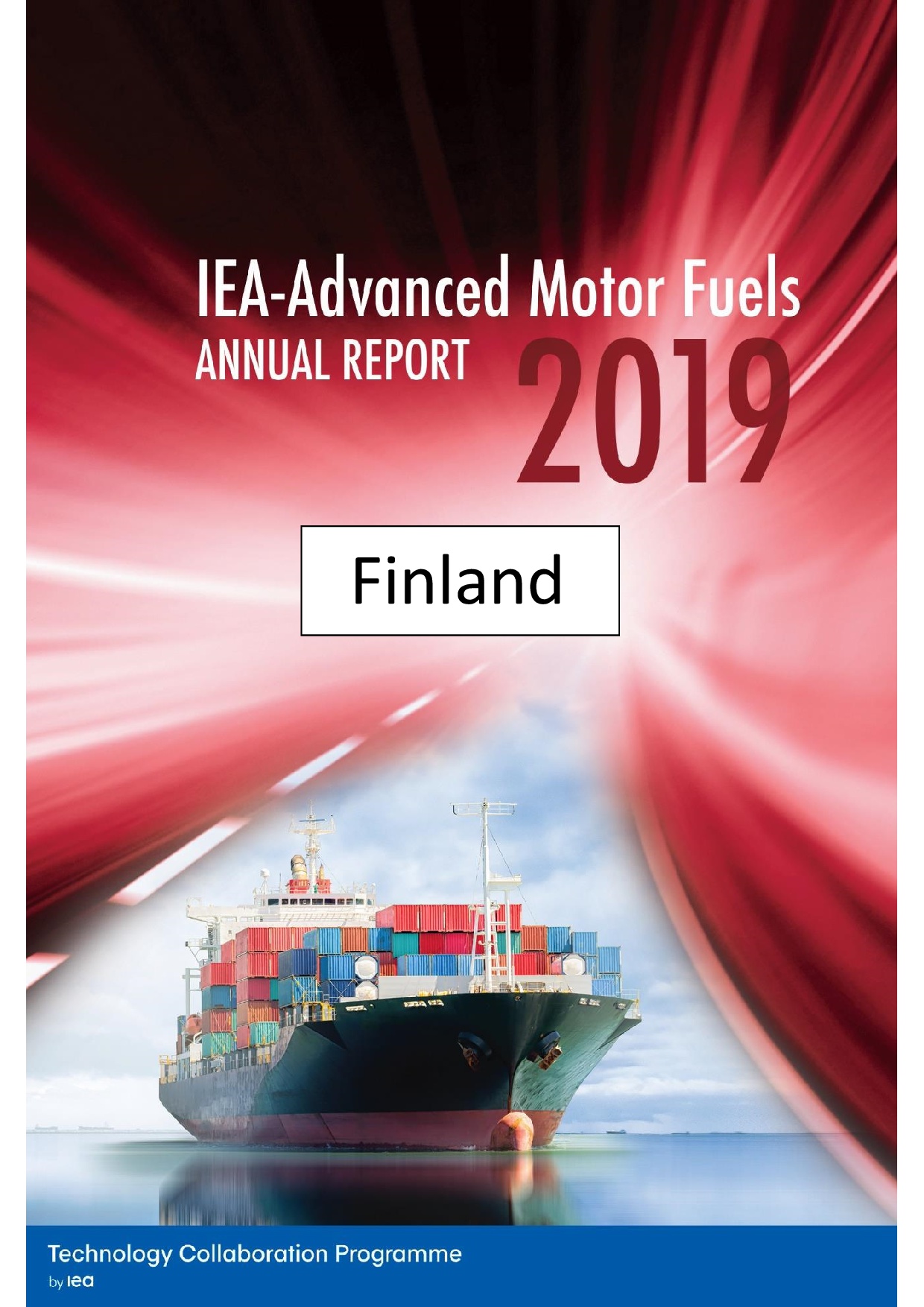