The overall goal of Sweden’s environmental policy is to be able to pass on to the next generation a society in which major environmental problems have been solved, without increasing environmental and health problems beyond the country’s borders. Sweden aims to become one of the world’s first fossil-free welfare countries. In order to achieve this, the fossil-fuel dependency of the transport sector needs to be broken. Several measures are needed, such as reducing the total energy demand of the transport sector and ensuring that the remaining energy is both renewable and sustainable.

In 2017, a new climate policy framework was approved. The long-term climate goal means that by 2045, at the latest, Sweden will have no net emissions of GHG. In more precise terms, the long-term climate goal means that emissions from activities on Swedish territory will be cut by at least 85% compared with emissions in 1990. To achieve net zero emissions, flexibility measures are included. For the transport sector, a reduction in emissions (not including domestic air travel) of at least 70% by 2030, compared with 2010, has also been adopted.

In mid-2018, the Swedish government introduced what is known as a bonus-malus system, whereby environmentally adapted vehicles with relatively low CO2 emissions are awarded a bonus at the time of purchase, and vehicles with relatively high CO2 emissions (above 90 g/km as of April 1, 2021) are subject to a higher tax (malus) during the first three years. The system includes cars, light buses, and light trucks. The bonus is limited to a maximum of SEK 70,000 ($8,400 US).

Since 1990, the number of passenger cars has increased from approximately 3.5 million vehicles to 4.9 million vehicles. At the same time, GHG emissions from passenger cars were rather stable at around 13 million tons from 1990 to 2007. However, since 2007, emissions have been reduced significantly and were about 10 million tons in 2019. The main reason for the reduction is the increased energy efficiency of new vehicles and renewable motor fuels.

During the same time period, the increase in the number of vehicles other than petrol- and diesel-fueled has been moderate. The fleet of alternative-fueled vehicles was around 340,000 at the end of 2019 (see Fig. 1). In addition, there is an increasing share of conventional diesel vehicles which have been approved by the manufacturers to be fueled with HVO100. However, currently there are no available statistics on how large this share is. 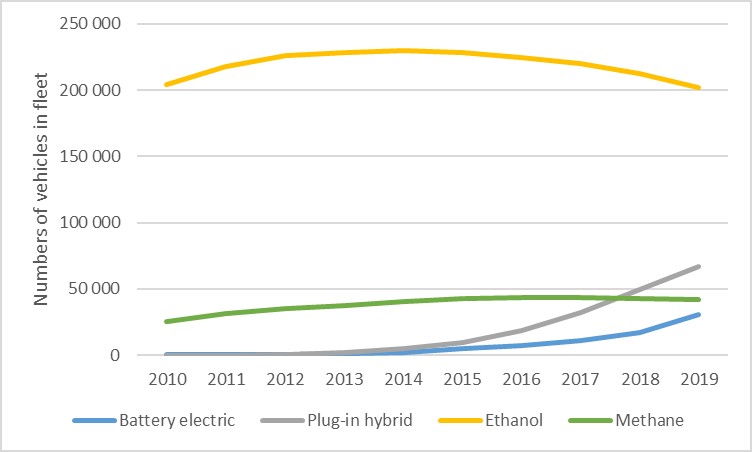 The alternative-fueled vehicles correspond to 7% of the total fleet of passenger cars (excluding diesel cars that can be fueled with HVO100). For light commercial vehicles and heavy-duty vehicles, the corresponding numbers are 2% and 1%, respectively. However, for buses, the share of vehicles registered as other than petrol- or diesel-fueled is around 20% of the fleet. The use of HVO100 in diesel-registered buses is extensive.

Although flex fuel ethanol vehicles are the most common type of alternative fuel vehicle in Sweden, the ethanol fuel (E85) sold during 2019 only corresponded to less than 1% of the energy content of transportation fuels sold. To a very high extent, flex fuel vehicles are fueled with petrol. The number of methane-fueled vehicles has stagnated at around 40,000 vehicles, which corresponds to approximately 1% of the fleet. The number of chargeable vehicles has increased substantially during the past few years, but from a low absolute number.

The use of renewable biofuels for transport in Sweden amounted to 17 terawatt hours (TWh), or 23% of the transportation fuels sold during 2019 (see Fig. 2). Around 85% of the renewable fuel used in Sweden during 2019 was hydrotreated vegetable oil (HVO) and fatty acid methyl ester (FAME). 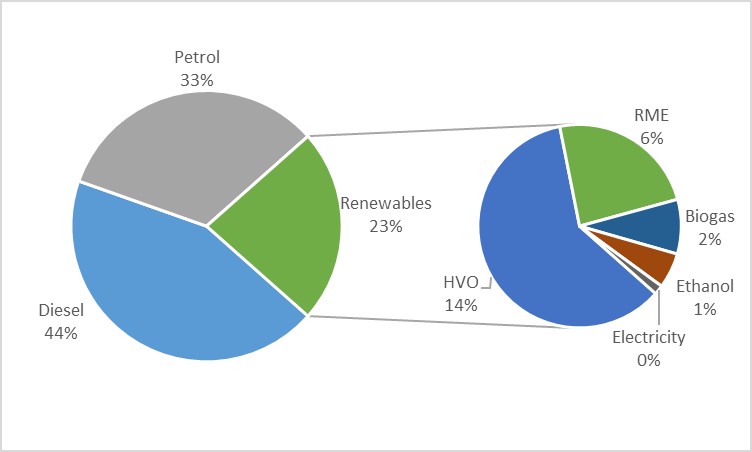 Fig. 2.     Fuel Consumption in TWh within the Road Transport Sector during 2019

When HVO was introduced on the Swedish market, it was produced from crude tall oil from Sweden, Finland, and the United States. As the demand for HVO increased, the number of feedstocks and countries of origin increased. Today, the raw materials are palm fatty acid distillate (PFAD), slaughterhouse wastes, crude tall oil, corn and palm oil in descending order. The majority of feedstock for HVO is imported, as shown in Figure 3. The average GHG emissions from HVO use in Sweden during 2019 corresponded to 8 g CO2-eq per megajoule (MJ).

FAME is primarily produced from rapeseed oil. Rapeseed oil is a preferred feedstock because its cold climate properties (i.e., cloud point) are more suitable for the Nordic climate compared with many other vegetable oils. 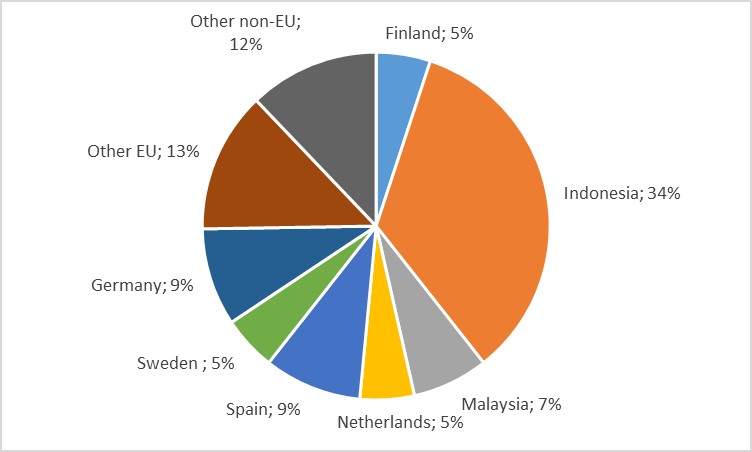 The goal is set high in Sweden, with a reduction in GHG emissions of 70% compared with 2010, and no net CO2 emissions by 2045. Considering the rate of turnover of the vehicle fleet, advanced motor fuels play an important role for reaching these targets.

Major Changes
In 2017, the Swedish Parliament adopted a new climate law with the following targets:

Benefits of Participation in the AMF TCP
Sustainable and clean energy for transport is necessary to achieve national and international targets. The AMF TCP gives us an arena where we can cooperate with countries worldwide to develop unbiased reports on the effects of various advanced motor fuels. 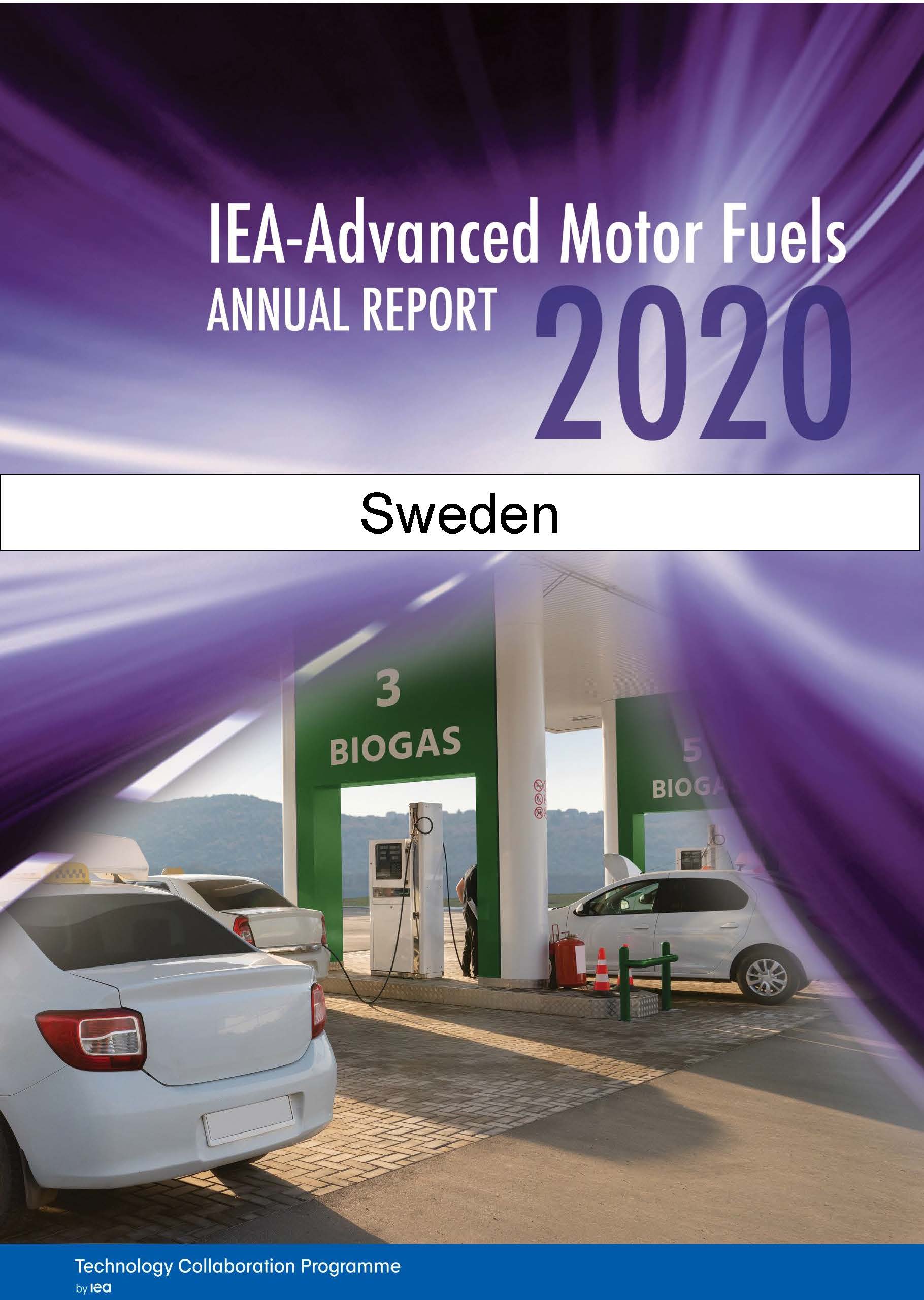 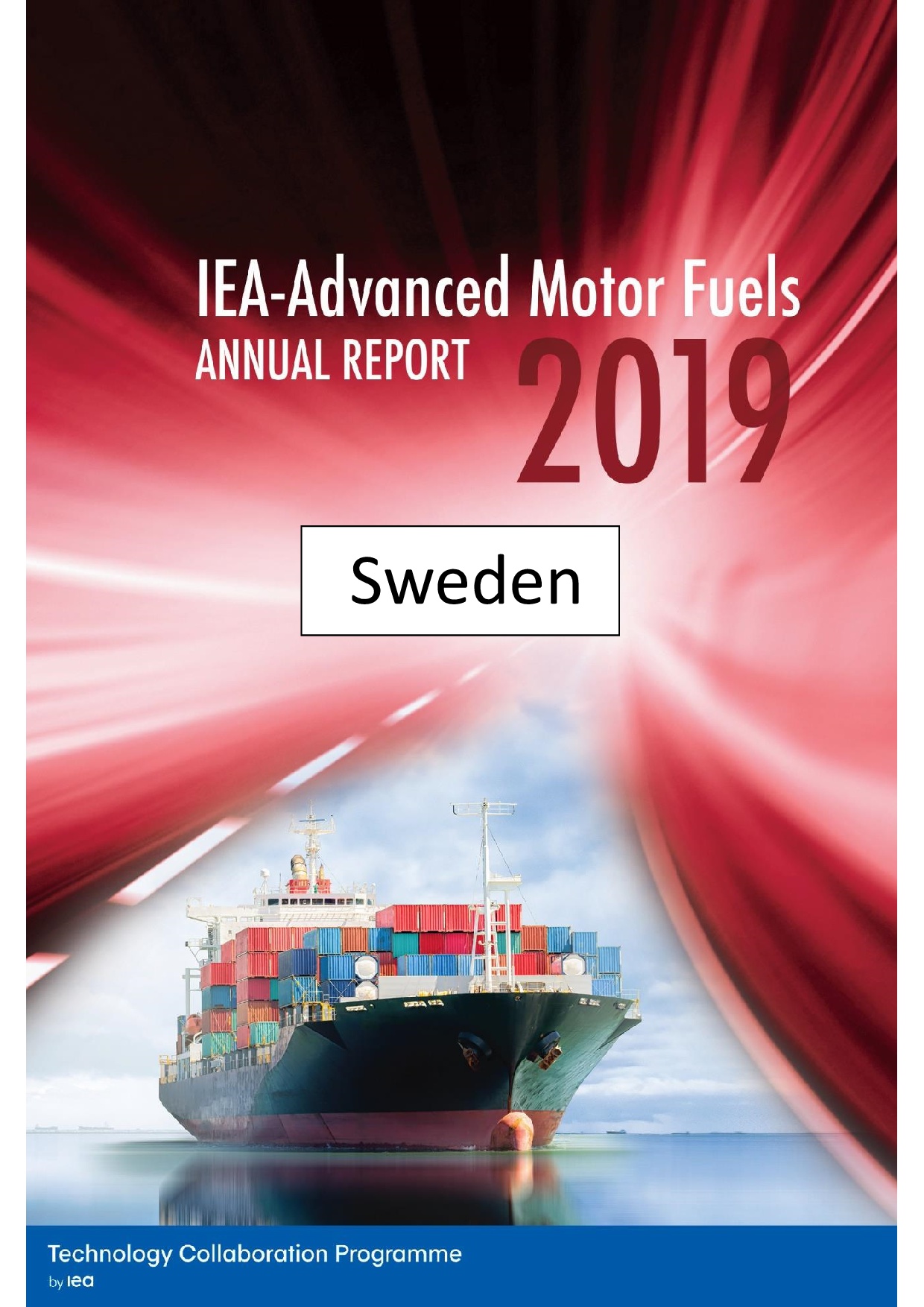