The Korean government established the fifth basic plan for the development and use of new and renewable energy technologies in December 2020. This basic plan aims to increase the share of new and renewable energy among final energy by 2034, and plans to increase the supply of energy for transportation from 700,000 TOE in 2019 to 1.3 million TOE in 2034.

Korea implemented the RFS (Renewable Fuel Standard) program in July 2015. Accordingly, it is mandatory to mix and supply biodiesel to diesel fuel, and petroleum refiners and petroleum exporters and importers must mix and sell according to a set ratio. The mixing ratio of biodiesel to diesel fuel is shown in Table 1. The annual blending obligation ratio will be reviewed every three years as of July 31, 2015, taking into account the technology development level of new and renewable energy and the fuel supply and demand situation.

In the case of bioethanol for use in gasoline vehicles, empirical studies have been conducted along with biobutanol, but the timing of introduction is not clear as the exact pilot operation plan or supply plan has not been confirmed. In the case of ship fuels, beginning January 1, 2020, the sulfur content was limited to 0.5% or less due to introduction of the Convention on the Prevention of Marine Pollution (MARPOL). However, on January 1, 2021, the Korean government announced enforcement decree No. 42 of the Marine Environment Management Act, which changed the standard for the sulfur content of the fuel of ships sailing in Korea to less than 0.5%.

In addition, as of September 1, 2020, the Special Act on Air Quality Improvement in Port Areas has been enforced. Accordingly, for large ports such as Incheon, Pyeongtaek, Dangjin, Busan, Ulsan, Yeosu, and Gwangyang, from September 1, 2020, the sulfur content of ships moored at the ports must be used with fuel of 0.1% or less. However, if an emission gas reduction device (desulfurization facility) is installed on the ship and the emission of sulfur compounds is within the standard value, there are no restrictions on the use of fuel.

Aviation, through the International Civil Aviation Organization (ICAO), which is a subsidiary of the United Nations, is regulated to reduce GHG emissions for international flights. On September 23, 2016, the Korean government declared that it would participate in the Carbon Offsetting and Reduction Scheme for International Aviation (CORSIA) system, and is considering introducing a GHG reduction/management system in 2021. The Korean government is promoting technical support for eco-friendly aircraft and the development of fuel to replace the existing aviation fuel.

Table 2 shows the number and ratio of vehicles registered in Korea by year and by fuel from 2014 to 2020.

In 2020, new car sales reached 1.9 million units due to high demand for individual car purchases due to the COVID-19 pandemic, but the number of deregistration vehicles reached 1.2 million units, a net increase of 680,000 units.

Specifically, for internal combustion engine vehicles, the number of new gasoline vehicles registered increased by about 10% compared to the previouss year, and in the case of LPG, it increased, as civilians were able to purchase LPG vehicles due to the revision of related laws.

Marine Fuel
Marine fuel is limited to 0.5% m/m or less in sulfur content as of January 1, 2020 due to the enactment of the amendment to the Convention on the Prevention of Marine Pollution (MARPOL). To prepare for this, the establishment of a desulfurization facility, expansion of the supply of low-sulfur fuel, and the use of LNG were promoted.

In Korea, technology development and private investment in low-sulfur oil production and emission reduction technologies (scrubber, etc.) have been increased in line with these regulations.

Jet Fuel
In order to prepare for the introduction of bio aviation fuel in the aviation sector, studies on the synthesis and empirical evaluation of bio aviation fuel using non-petroleum-based raw materials were conducted by various industries, academia, and research institutes such as the Next Generation Biomass Research Center and the Advanced Technology Research Institute. In particular, since December 2016, the Agency of Defense Development has conducted the research on applying bio-aircraft oil derived from vegetable oil to jet engines by applying domestic technology.

In November 2017, Korean Air flew about 14 hours from Chicago’s airport in the United States with a fuel mixed with 5% plant-derived bio-jet fuel for the first time in Korea.

Bioethanol
In the case of bioethanol, an empirical study for supply was conducted from May 2016, and the manufacturing, supply, infrastructure, and applicability of fuel were verified by April 30, 2019.

One gas station was selected, and equipment and storage problems were checked for 365 days by season, and after endurance driving up to about 45,000 km through four demonstration vehicles, exhaust gas and vehicle conditions were checked.

Hydrogen and Electricity
Korea accumulated about 134,000 electric vehicles in 2020, and aims to increase the proportion of eco-friendly vehicles among new vehicles produced in Korea to 33% by 2030. It aims to electrify all types of vehicles, from sedans to SUVs and medium-sized trucks of 5 tons or more. Specifically, the goal is to increase the mileage of a single charge over 600 km and the charging speed three times that of the current one.

In the case of hydrogen, the government is pushing forward to increase fuel efficiency of hydrogen vehicles by more than 30% by investing $24 million US by 2024 through the next-generation hydrogen fuel system development project.

In addition, Korea gained experience operating 13 pilot vehicles for city buses since 2019, and mass production began in July 2020. Based on this experience, it plans to expand the application to long-distance buses and supply 4,000 hydrogen electric buses by 2025.

Biodiesel is under consideration to increase the mixing ratio sequentially to 5% by 2030 according to Korea’s RFS policy.

For marine oil, the amendment to the Convention on the Prevention of Marine Pollution (MARPOL) has been reflected and the sulfur content in Korea has been regulated to 0.5% since 2021, and to 0.1% in some large ports. For jet fuel, there are plans to establish a foundation for utilizing domestic bio jet fuel, such as reforming laws, systems, and infrastructure, to implement the International Aviation Carbon Offset and Reduction System (CORSIA). 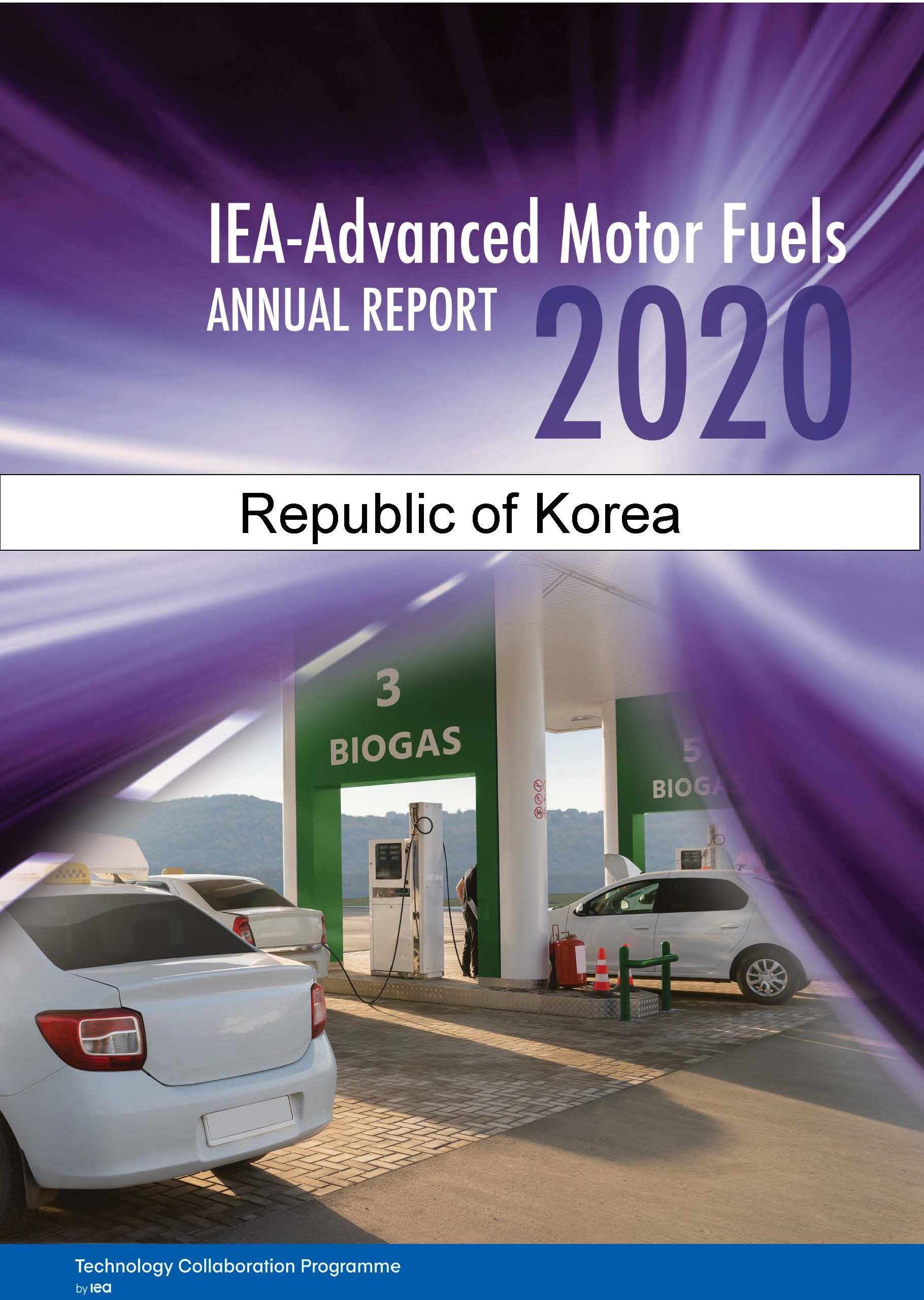 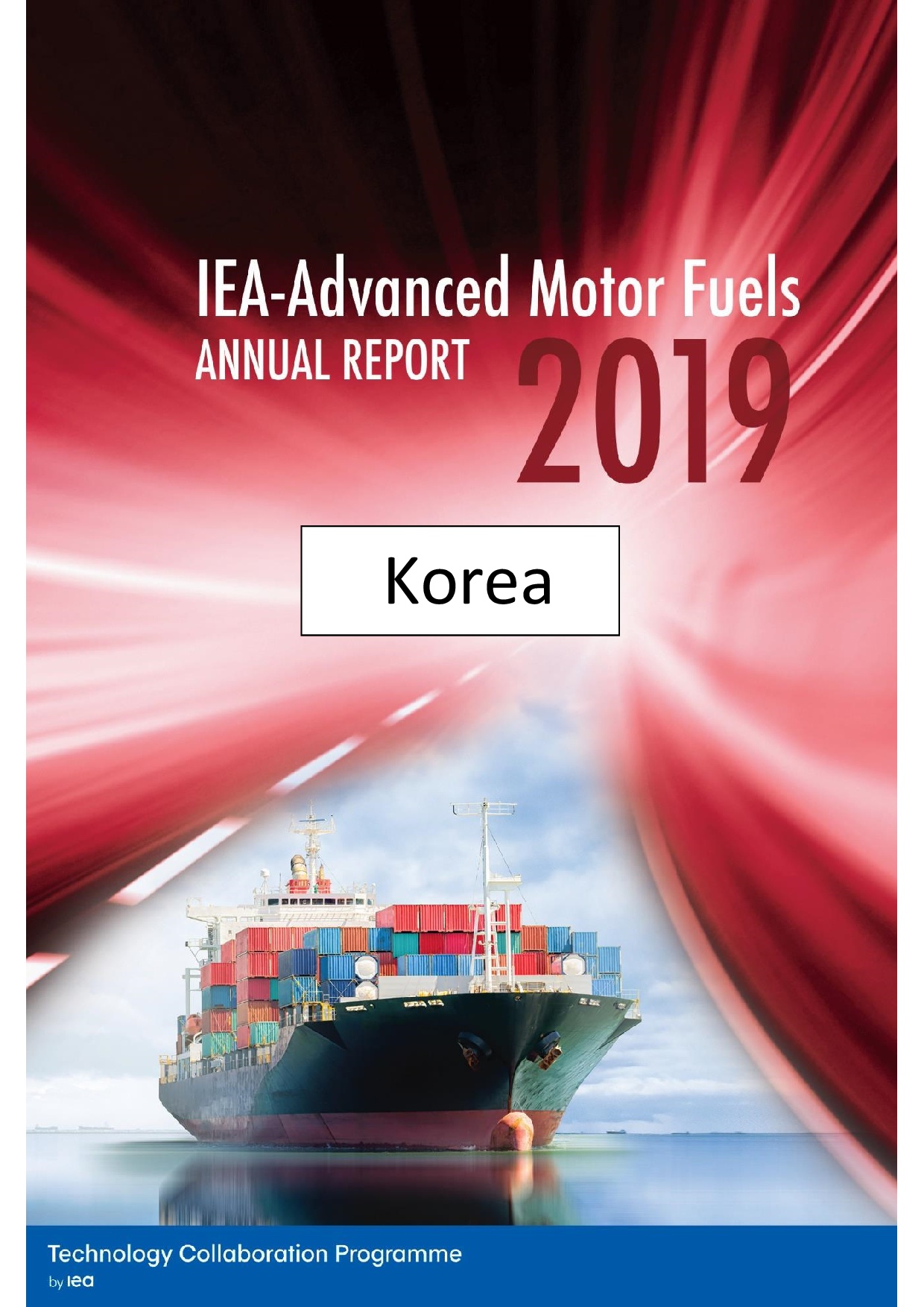