In recent years, from the view point of Green House Gas and Carbon Neutral, Biodiesel fuel (BDF) has been paid attention because of its potential to greatly contribute to global environmental protection. Due to this, the promotion to produce and use BDF has proceeded all over the world. For example, the second generation BDF whose property is stable has been developed in addition to the first generation BDF such as RME (Rape Seed Methyl Ester). In case of Japan, Waste Cooking Oil BDF is used as an example of the first generation BDF.

On the other hand, the diesel vehicles adapted to the latest emission regulation have the most recent elemental technologies and the precise electronic control of these technologies to enhance engine performance and to reduce exhaust emissions. However, these technologies have been optimized for the vehicles fueled with light oil. Therefore, when the latest diesel vehicles are fueled with BDF whose property is much different from light oil, emission characteristics will grow worse and this phenomenon causes an inhibition of BDF promotion. In fact, it was reported that NOx emission from a vehicle whose fuel was changed from light oil to BDF without special customizing increased in a mode testing.

Thus, the promotion of BDF is highly effective for the reduction of GHG emission and recycling, at the same time, it is concern that there is a possibility to affect atmospheric environment. To eliminate these sources to inhibit BDF promotion, it is necessary to research the emission characteristics of the latest vehicles fueled with BDF and to decide BDF standard for adaptation to the latest emission regulation.

In Japan, for example in Kyoto city, route buses and refuse trucks fueled with “neat” Waste Cooking Oil BDF are running. It is understood that the use of BDF vehicles has been progressed in many other countries and thus it is important to figure out not only the emissions in type approval mode testing but also the real-world emissions.
In this research, the on-road driving test using PEMS (Portable Emission Measurement System) will be conducted to new diesel vehicles adapted to the latest emission regulation (Japanese 2009 regulation). For the test, these diesel vehicles are applied to BDF without special customizing, and the real-world emissions between the case of light oil and that of BDF will be compared.

The difference of emission characteristics and fuel economy between three types of BDF will be evaluated. First one is FAME (Fatty Acid Methyl Ester) made from waste cooling oil. Second one is HVO (Hydrotreated Vegetable Oil) made from palm oil. Third one is BTL (Biomass to Liquid) made from wooden chip by gasification and Fischer-Tropsch process.

Testing will include Chassis Dynamometer Tests, Real-World Driving Tests and Real-World Eco-Driving Tests, performed with FAME, HVO, BtL and regular diesel fuel. The test vehicle will be an Isuzu Motors Limited "ELF" which is adapted to the Japanese post new-long term regulation. 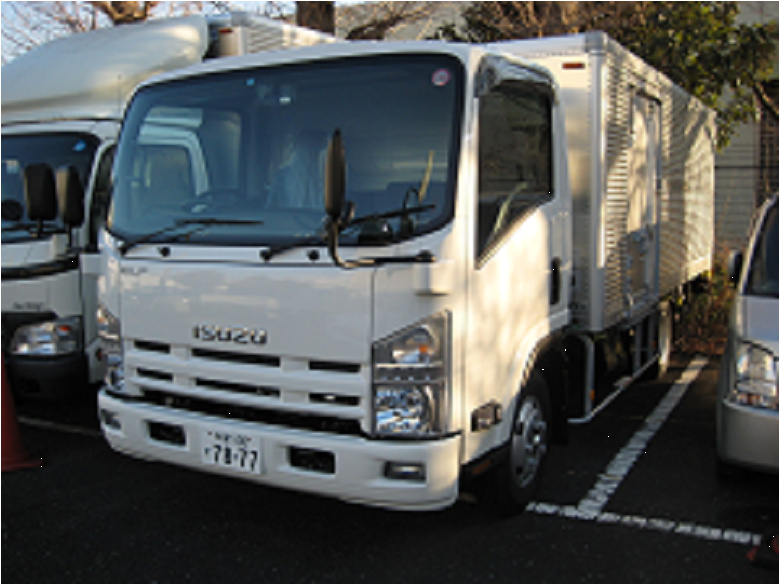